The largest unbroken caldera on the planet.

Think of the Ngorongoro Crater as hyper-condensed action, like bringing all the best in safari to boil. Here everything bubbles closer, tighter, and louder. Peer inside this primordial caldera and what you see is a petri dish density of wildlife, more predator-prey interactions per capita than almost anywhere on the planet. Amazingly, human footprints have also been discovered in and around Ngorongoro as far back as 2-3 million years ago. Following these earliest scattered bands of hunter-gatherers, Mbulu pastoralists would arrive on the scene followed by the Datooga, and most recently, the Maasai.

The showpiece of the conservation area is undoubtedly the Ngorongoro Crater which was created when a large volcano exploded and collapsed on itself two to three million years ago. It was declared a UNESCO World Heritage Site in 1978 and is the largest intact volcanic caldera in the world. It measures about 16-19km in diameter, with walls of 400-610m in height. However you measure it, the Crater is a strong candidate for any list of the world’s greatest natural wonders. It is renowned both for its geological splendour, and for being a natural reserve which is home to some of the densest large mammal populations found anywhere in Africa. 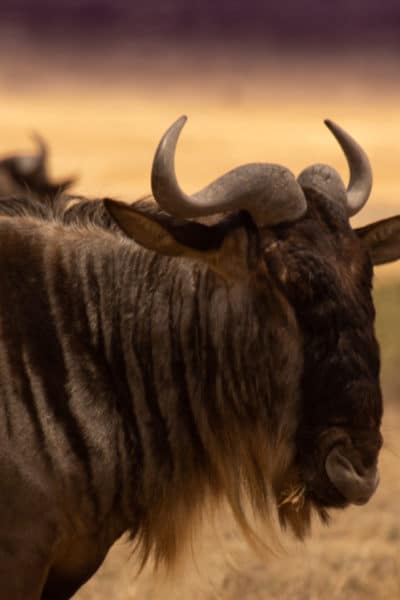 Other attractions of the Ngorongoro Conservation Area

The Ngorongoro Conservation Area does not only generate interest purely based on wildlife, the area has also got arguably the most extensive history of any place on earth. It has been proved that various Hominid species have lived there for millions of years. This has been discovered because of fossils preserved in volcanic rock, which date back to 3.6 million years ago. The 30 mile long Olduvai Gorge is a steep-sided ravine in the Great Rift Valley. This is one of the most important prehistoric sites in the world and has been instrumental in understanding human evolution. This is well documented in the museum, which has replicas of some of the hominid fossils unearthed at the site, as well as the Laetoli footprints (the most ancient footprints ever found). It also has genuine fossils of some of the extinct animals that used to live in the area. We can arrange day trips to the Gorge and the museum, which is an interesting addition to an Ngorongoro safari.
All Accomodations
More info about us

The beauty of its own

the Ngorongoro Crater offers a classic Big 5 safari experience in the unique setting of an ancient volcanic caldera. Home to some 30 000 animals, the crater’s surprisingly diverse habitats are revealed on an Ngorongoro safari on all-day guided game drives; the scenery is spectacular, predators are abundant and it’s not unusual to see the Big 5 in a single day.